How is EveryAction different than MyVoters?

The other major difference is that EveryAction has many features centered around events. In EveryAction, groups can track and record who RSVPs for and attends events. This allows groups to better evaluate and identify leaders in their networks. MyVoters has no event-tracking features. A detailed breakdown of the differences and similarities of EveryAction and MyVoters are below. 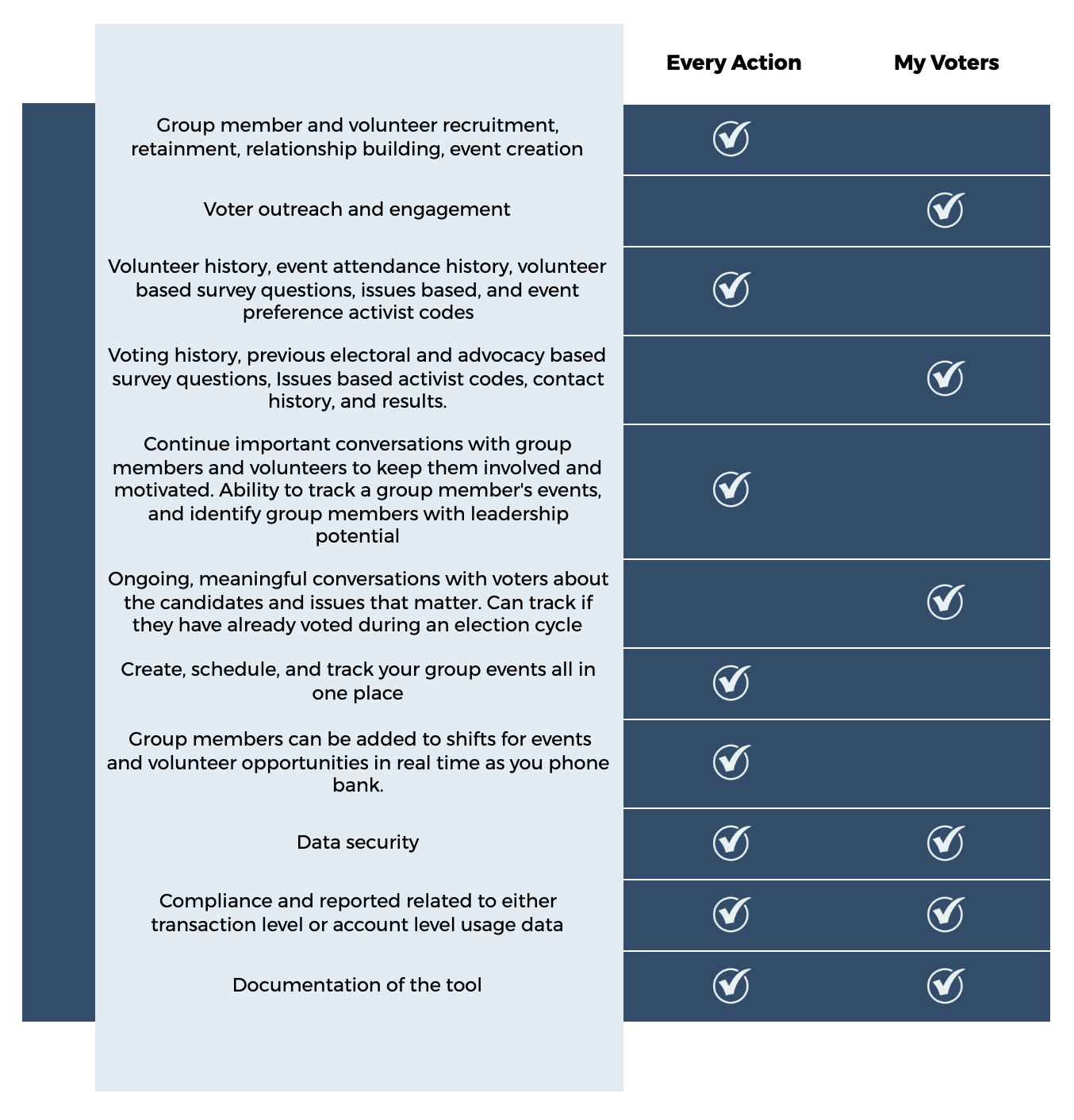 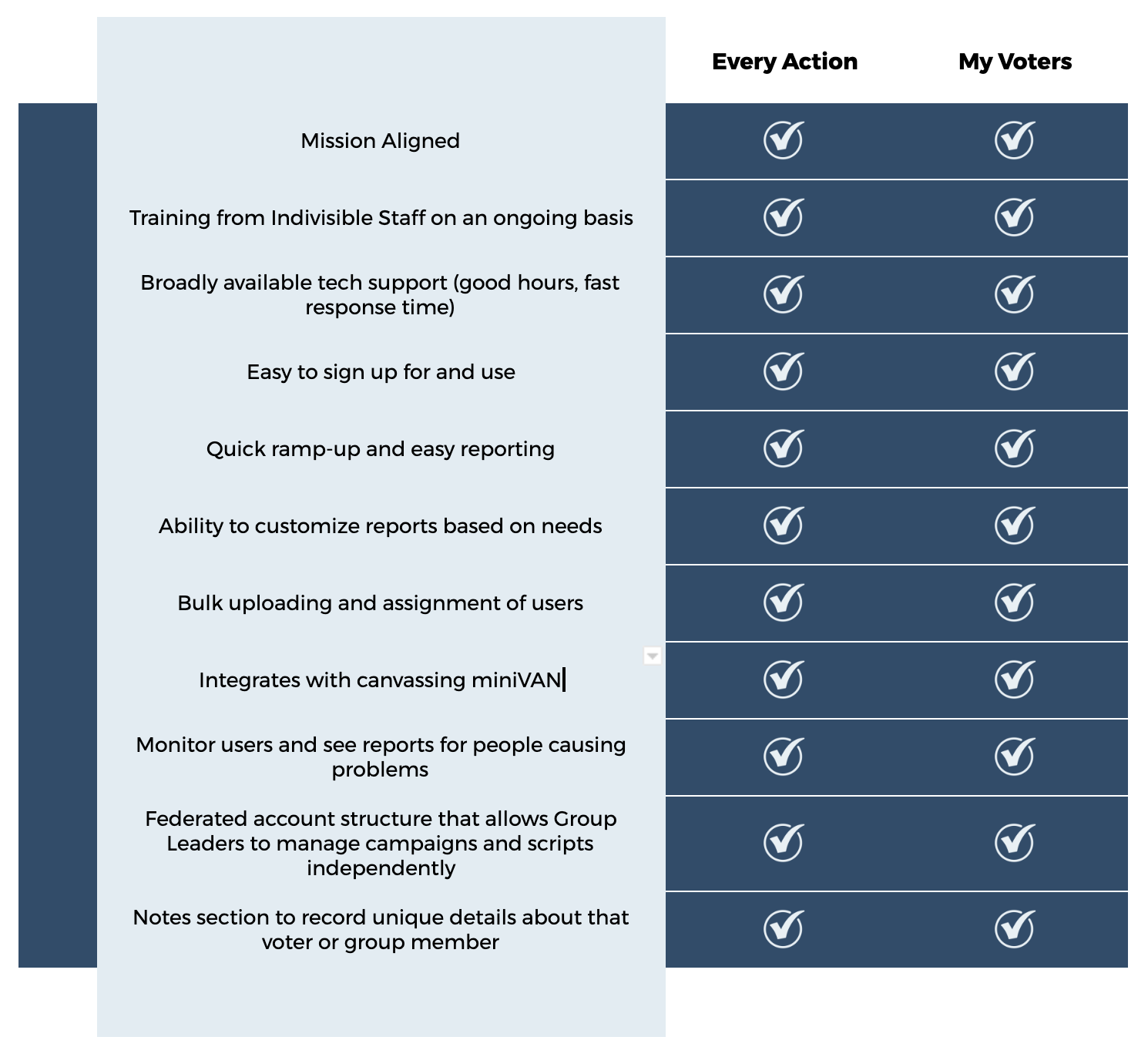 Choose files or drag and drop files
Was this article helpful?
Yes
No